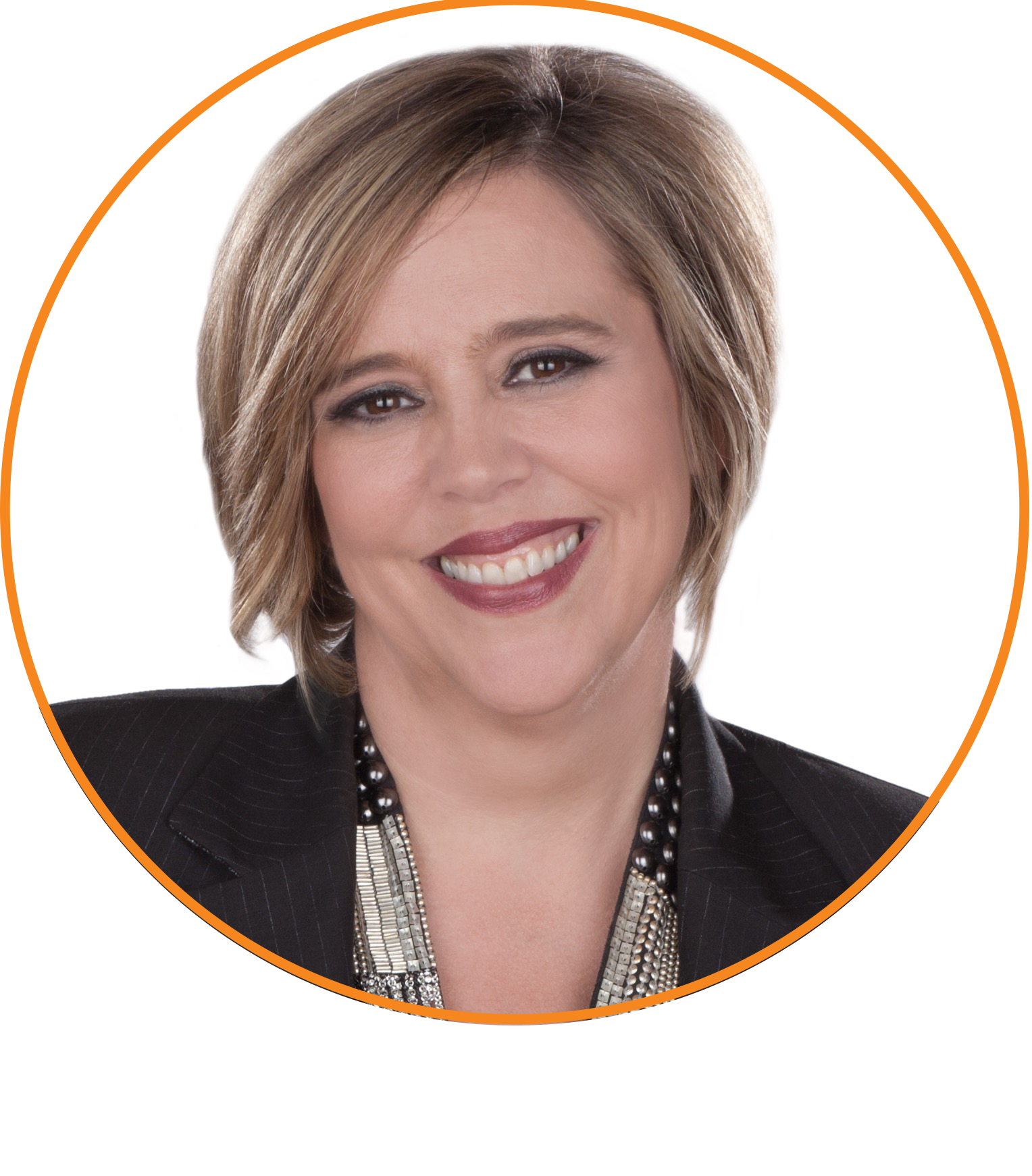 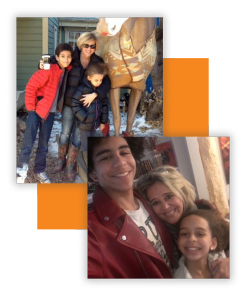 Malayna Evans spent ten years in the Chicago media market, another ten in academia, and the last decade as an entrepreneur. Years after earning her Ph.D. in Egyptology from the University of Chicago, her son, then nine, suggested she write a story about a kid, who looked like him, lost in ancient Egypt.

Excited both by the idea of sharing her passion for ancient history with today’s middle graders and pursuing her dream of becoming a published author, she jumped into the project with abandon. Her debut novel, Jagger Jones and the Mummy’s Ankh, was released in 2019. Book two, Aria Jones & the Guardian’s Wedja came out in 2020, with a third book expected in 2021.

A single mom with two kids and a rescue dog, Malayna lives in Oak Park, IL. She spends much of her time writing — and balancing her writing with kids and career — but she’s “mature” enough to have wandered through Havana with her kids, shopped the souks of Bangkok and Istanbul, eaten her way through Italy, enjoyed deep sea diving in Bermuda, and, of course, trekked the ruins of Egypt. She loves (e)meeting new people so reach out to her on Twitter, Instagram or Goodreads or visit her at www.malaynaevans.com 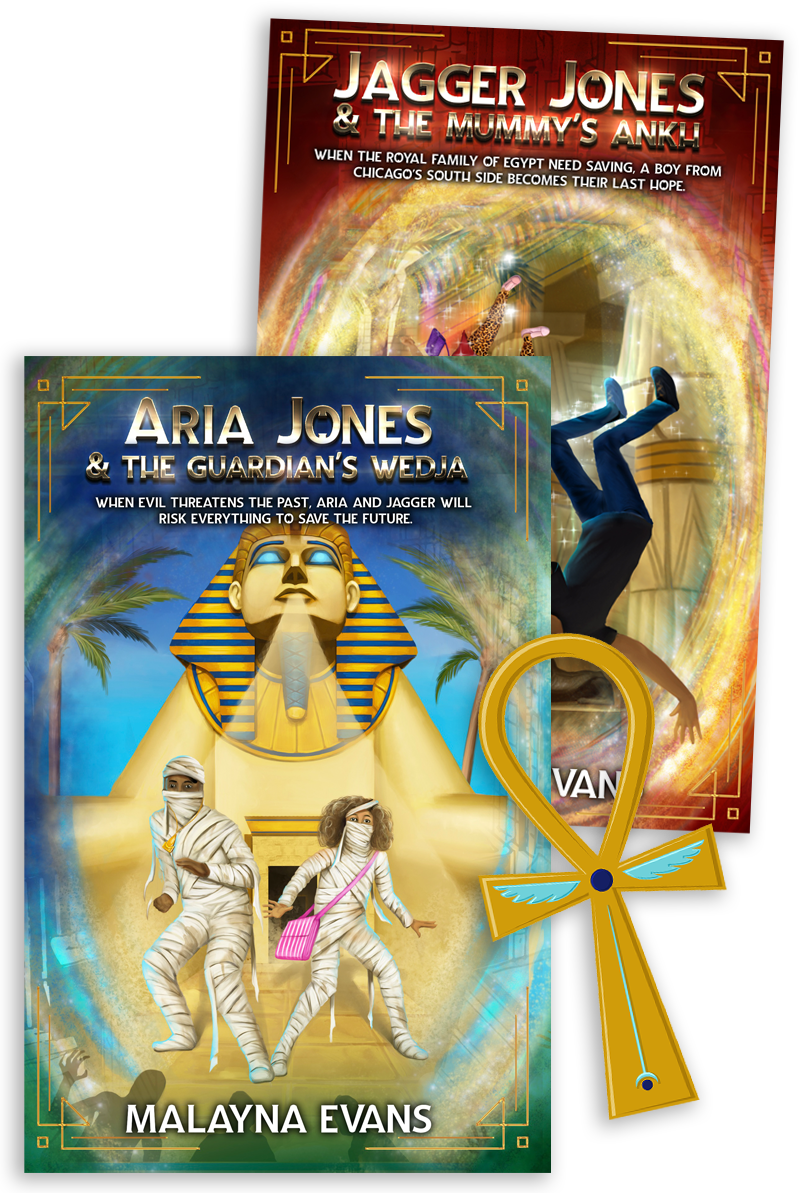 Malayna’s debut novel, Jagger Jones and the Mummy’s Ankh, features a biracial thirteen-year-old whiz kid from Chicago’s South Side traveling over 3,000 years back in time to the court of Amarna, Egypt, with his eleven-year-old sister, Aria, in tow.

Jagger, a devoted history buff, is shocked when he discovers that books don’t teach you everything there is to know. Sure he knew ancient Egyptians believed in magic, but he didn’t expect amulets that alter time and space, giant crocodiles with blood red eyes and teeth like daggers, and evil generals who want to murder the royal family and, by extension, Jagger’s own. It’s enough to make even a die-hard Egyptophile like Jagger anxious to get back to Chicago.

The series was inspired both by Malayna’s son and by her favorite ancient Egyptian blessing: ankh, wedja, seneb, which means (may you have) life, prosperity, and health. In book one, Malayna explores both modern and ancient notions of “life.” Books two and three will similarly contrast modern and ancient ideas surrounding “prosperity” and “health,” respectively. The series juxtaposes modern modes of thinking and objects with ancient artifacts, people and beliefs. But mostly … mummies!

To make learning about Egypt fun for teens and tweens, Malayna is offering an escape room style activity to educators.

”Readers will enjoy the manners of the Pharaoh's court as the hero, Jagger Jones, tries to blend in, looking for who to trust and who is out to get him. The details about Egyptian culture are fascinating and add authentic drama to the story.

”The big charm of the book for me was Jagger, whose reluctant heroism, love for his snarky little sister, and hint of angst about his broken home grounded the story. I was charmed.

”As a librarian, I would recommend adding this to every school or public library collection. Great way to grow your diverse book collection!

”This book would make a great classroom read aloud or book club selection, and since it’s the first of a planned trilogy, there’s more to look forward to. I, for one, can’t wait!

”Evans's world building is vivid and immersive, and I also learned a thing or two about Ancient Egypt. As a middle school teacher, I think my students are going to connect to Jagger and love following him on his action-packed journey.

Where do you find inspiration?
I’m drawn to anything that pulls different cultures together and contrasts our shared human values and beliefs with our differences. So in my work, I’m trying to expose not only the many ways ancient life would surprise modern kids—like boys wearing make-up and kids being bald…
Read more >>

When did you realize you wanted to be a writer?
In high school, I played the role of bad girl but I surreptitiously spent many weekend nights in my basement with a good book, usually sci-fi. I can’t recall when I first thought about pursuing writing as a career…
Read more >>

How much research do you do for a book set in a real historical universe?
The first draft of my debut novel had a chapter that read like a grad school thesis on how Egyptian temples work. There isn’t a middle school kid in America who would have enjoyed that read.
Read more >>

What do you read for fun and what authors inspire you?
I’m drawn to YA and MG. (People come to my house and ask my kids about all their books—they have to admit they’re mine!) There aren’t enough YA dystopian novels in the world for me, although I’m told they’re out of fashion.
Read more >>

What do you want kids to take away from your work?
Above all, I want readers to enjoy the journey and connect with my characters. But I definitely hope they inadvertently pick-up some ancient history while they’re at it. I love pyramids and mummies as much as the next Egyptologist…
Read more >>

What are you working on now?
I love writing and I’m a pretty speedy writer. Editing has been more of a challenge for me. I’ve learned that I’m much more adept at editing one work if my head has been deeply ensconced in another—fresh eyes are a must for editing.
Read more >>

Five Unexpected Things About Me

“I got kicked off the cheerleading team in high school after leading a revolt, which involved forging the science teacher’s signature and definitely not dissecting frogs.”

“I know most people consider divorce a failure, but I’m proud of walking away from an unhealthy marriage after twenty years of trying to make it work. If I hadn’t, I’d have never found the time and energy to write my first novel.”

“I have too many graduate degrees, and way too much student loan debt, in part because I wanted to grow up to be Robert Graves. I, Claudius is still one of my all time favorite books.”

“I have an ankh tattoo. I got it after I wrote my first novel. Originally, I’d planned to get it inked celebration of my first book deal. But why wait, right? So I got the tattoo first and the deal followed. (Always good to believe in yourself!)”

(CHICAGO, IL. 2019) On May 28, Oak Park author Malayna Evans and publisher Tantrum Books released Jagger Jones & The Mummy’s Ankh, a debut middle grade novel. The story draws on the author’s Ph.D. in Egyptian History from University of Chicago and features diverse protagonists, inspired by her son, who told her, at nine-years-old, that he wanted to read a book featuring a biracial American kid like him visiting ancient Egypt.

In Jagger Jones & The Mummy’s Ankh, two South Side siblings are transported three thousand years back in time to ancient Egypt and sent on quest to save the royal family in order to get back home. The book combines magic and adventure with real historical people, places and artifacts. “I’m drawn to anything that pulls different cultures together and contrasts the human values we all share with the differences that make us unique,” Malayna said. “So, for example, in Jagger Jones and the Mummy’s Ankh, I’ve highlighted aspects of ancient life I knew would surprise modern kids, like boys wearing makeup and kids being bald, while also excavating how things we take for granted would shock people of the past. Jagger’s smartphone, and his little sister’s bubblegum, make quite an impression in ancient Egypt.”